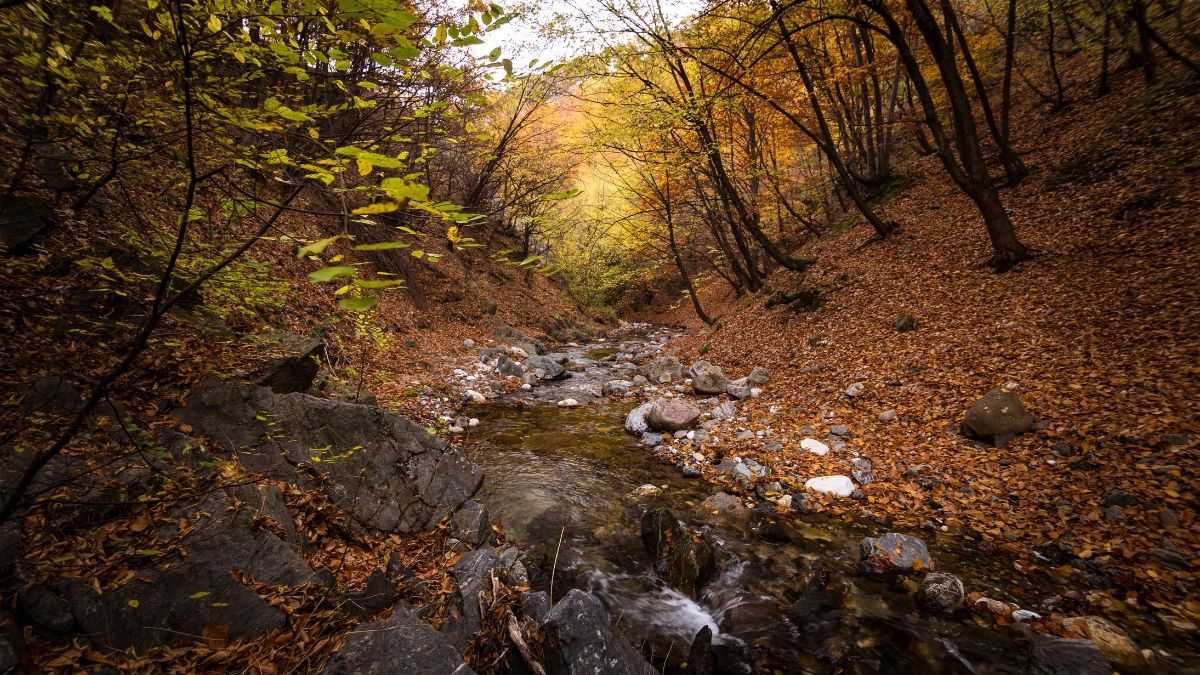 A stream is often defined as a small, narrow river. And, yes, you can use the term river and stream interchangeably and get away with it. However, the difference between a river and a stream depends entirely on the size of the body of water.

These types of streams form when water flows through mountains, hills, or canyons. As the water moves downhill, it collects sand, silt, and other paritcles-alluvium.

The alluvium can be gravel, sand, and smaller materials that get deposited by flowing water. When the stream reaches flat land/plains, it fans out, creating a natural triangular-shaped imprint, where it deposits the alluvium.

These types of streams are typical at the end of an alluvial fan. You can also see them form downstream of a glacier. This is one of the 3 main river channel patterns (the other two being straight and meandering).

Braided streams are made up of multiple small, shallow channels that split and combine many times creating a pattern that looks like the strands of a braid.

A delta forms when streams enter a stagnant body of water. For example, the ocean. However, if the ocean is able to move the deposited sediment as quickly as it arrives from the river, no delta forms. The Nile delta which drains into the Mediterranean sea is an example of this.

Deltas can also occur when a stream or river enters a lake (another type of stagnant water body). For example, the Chattahoochee River created a delta where it joins Lake Seminole. Most deltas are triangular in shape, hence their name, which is a Greek letter that’s shaped like a triangle.

Ephemeral streams that only occur after snow has melted or after heavy rainfall. They are very shallow and most of the year, these streams are dry. The channel only flows with water after an event such as the above mentioned.

Perennial streams have a continuous flow of water throughout the year. Their source of water can be groundwater, surface water, or a combination of both. These are permanent streams and there is always some form of water somewhere along its course.

Intermittent Streams flow during the wet season or winter through spring. However, they dry up during the summer months. These types of streams do not have continuously flowing water year-round and are not “relatively permanent waters.”

There is usually a mix up between intermittent streams, ephemeral streams, and perennial streams. However, here’s how to tell them apart:

“Perennial” streams are contrasted with “intermittent” streams which normally cease flowing for weeks or months each year, and with “ephemeral” channels that flow only for hours or days following rainfall.

These types of streams, as the name implies, do not have any noticeable twists or curves. The main reason for this type of stream formation is due to headward erosion. A straight channel will likely be in a canyon, however, that canyon does not necessarily have to be very deep.

When erosion is lateral, at the banks or valley wall, then the stream will be a meandering stream. These types of streams form large loops that run across a wide flat plain.

How Are Streams Classified?

Streams may be classified based on channel dimensions, hydrology, or the ways humans use them (e.g., navigation, recreation, development, irrigation, and water supply).